Become our hero & be the difference between a life saved and a life lost!

Support RBARI every time you shop on Amazon, where a portion of the price of your eligible purchases is donated to the charitable organization of your choice.
Join Our Mail List 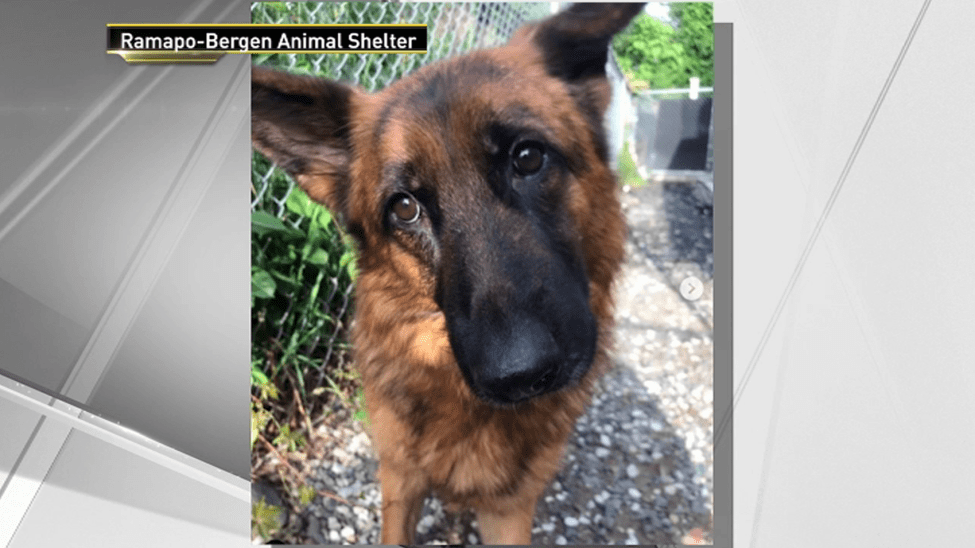 "Who is dumping terrified German Shepherds throughout Northern North Jersey?"

That's the question animal care officials and police want to know after at least eight dogs were found abandoned throughout different neighbors in North Jersey.

The mysterious cases of animal neglect appear to be connected, officials at the Ramapo-Bergen Animal Refuge said this week. 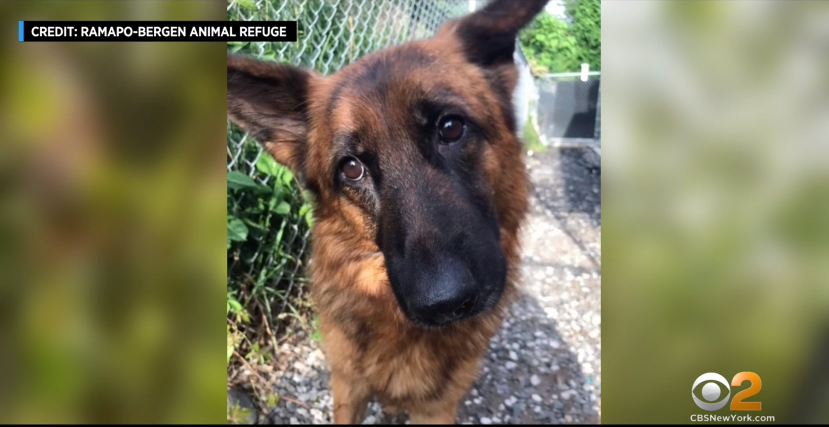 So far, at least 10 German shepherds have been found, and it appears they all came from the same place.

“The best we can tell is that somebody was breeding them. We typically would say it’s a backyard breeder, so somebody who clearly is not doing it responsibly,” said Megan Brinster of Ramapo-Bergen Animal Refuge.

Shelby and another one were taken to the Ramapo-Bergen in Oakland. Brinster is executive director of the refuge. 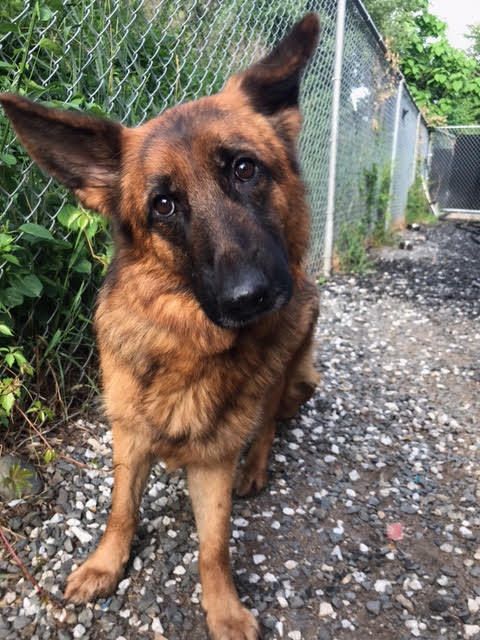 During the last week there has been a spate of abandoned German Shepherds throughout the region, according to a popular animal refuge in Bergen County.

Ramapo-Bergen Animal Refuge in Oakland believes that nine dogs found throughout North Jersey in the last week are related.

The refuge rescued Shelby after she had been found in Closter and tracked for a few days there. They said that two others were rescued on the Palisades Interstate Parkway in Alpine and five more were found in Woodland Park. There was one found in Wayne and three others have been spotted but not yet rescued. 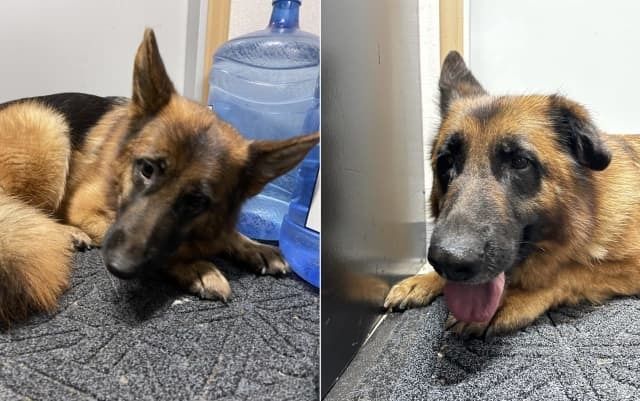 Abandoned twin German Shepherds were found on successive nights in the same area of the Palisades Interstate Parkway in Alpine, and police suspect both may be related to a third who turned up in nearby Closter.

“Neither had a collar or identification tags and they weren’t micro-chipped,” PIP Police Sgt. First Class Raymond E. Walter said of the two pooches found walking on the PIP, one on Saturday, the other on Sunday.

“It appears that they may have been abandoned along the highway since it’s extremely rural there and both were found in the same area,” Watler said.

The dogs found in Alpine were at the Bergen County Animal Shelter in Teterboro.

The one found in Closter was at the Ramapo-Bergen Animal Refuge in Oakland. 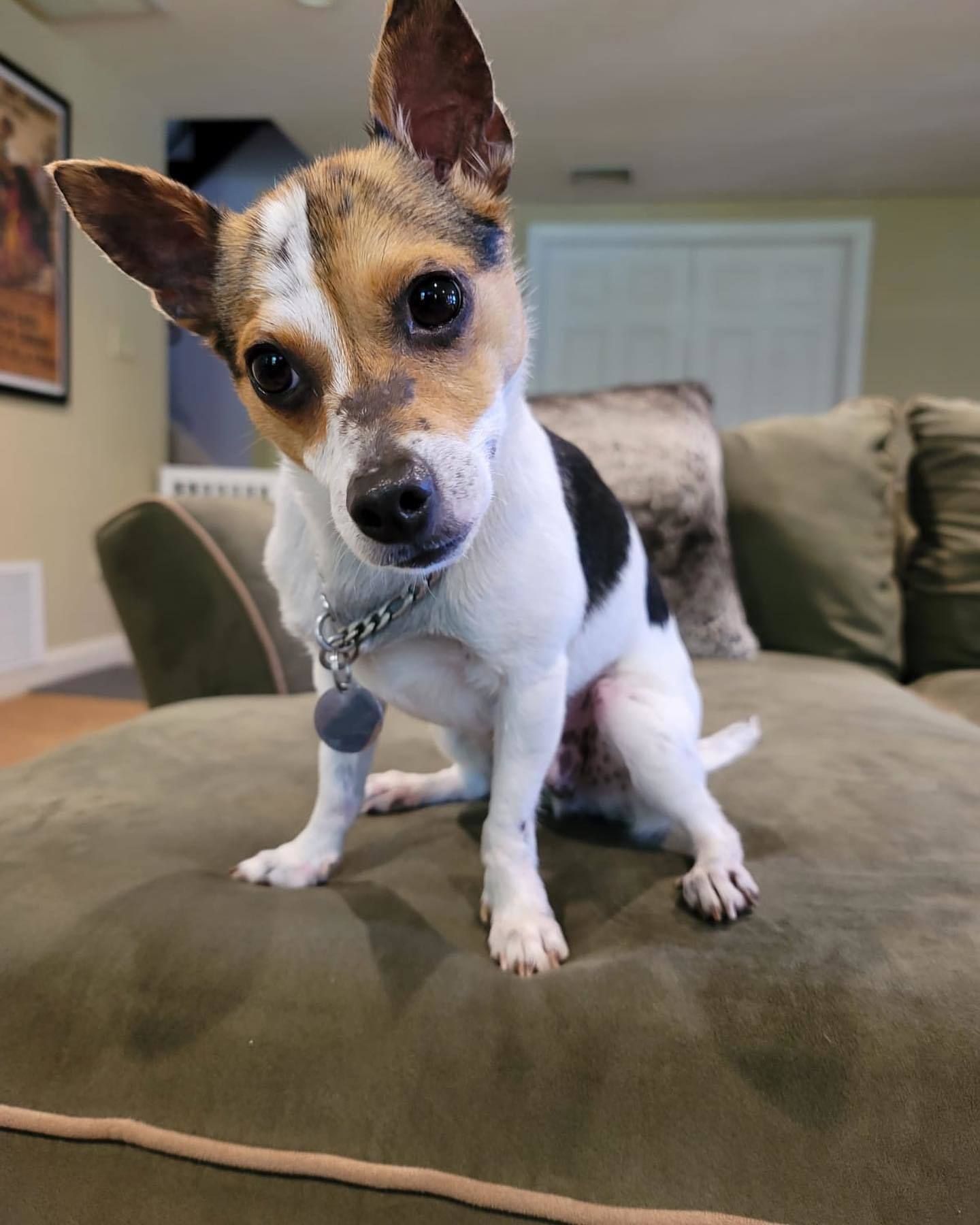 In some places, people are returning pandemic pups. Why NJ pets may avoid that fate

Ramapo-Bergen, known as RBARI, typically takes in older and special needs dogs and also has a stringent adoption process.

In 2020, RBARI took in 246 local dogs, said Stephanie Pearl, its dog kennel manager. Pearl said that overall, fewer people surrendered their dogsto the shelter during the pandemic. By contrast, the shelter saw a few surrenders from people who impulse-purchased puppies from pet stores. 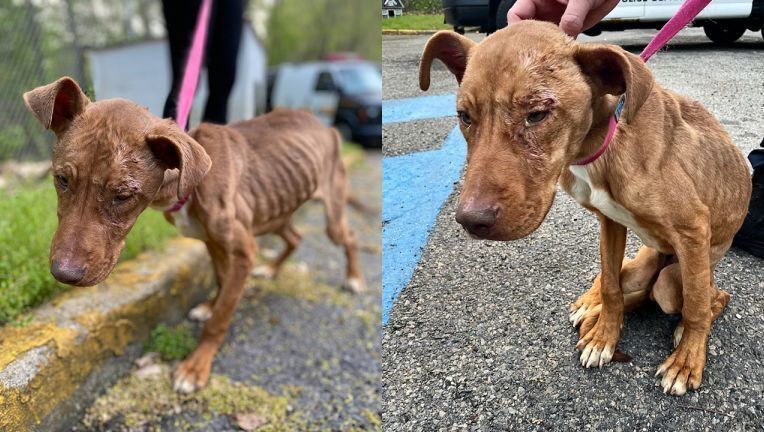 An emaciated pit bull puppy found abandoned in Paterson, New Jersey, is hopefully on the road to recovery and will be able to find a loving home.

Animal control found the dog on Tuesday evening. He was shaking, covered in feces and urine, and struggling to walk. Animal control contacted Ramapo-Bergen Animal Refuge Inc. and Jersey Pits Rescue for help. 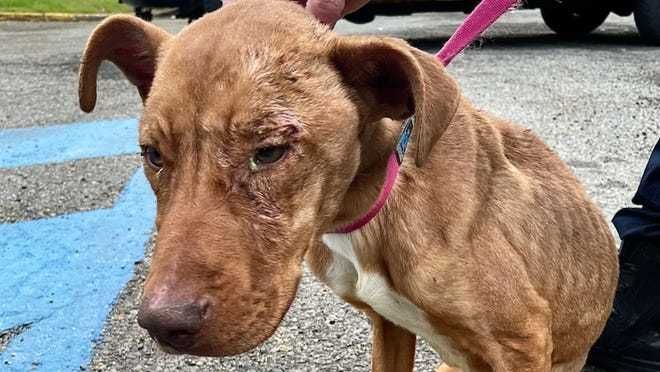 The Ramapo-Bergen Animal Refuge is seeking a home for Fig, a pit bull who was discovered emaciated on the streets of Paterson, once he recovers.

Fig was left abandoned and was found "a skeleton of what he should be, shaking, alone," refuge employees said, adding that Fig "struggled to walk." 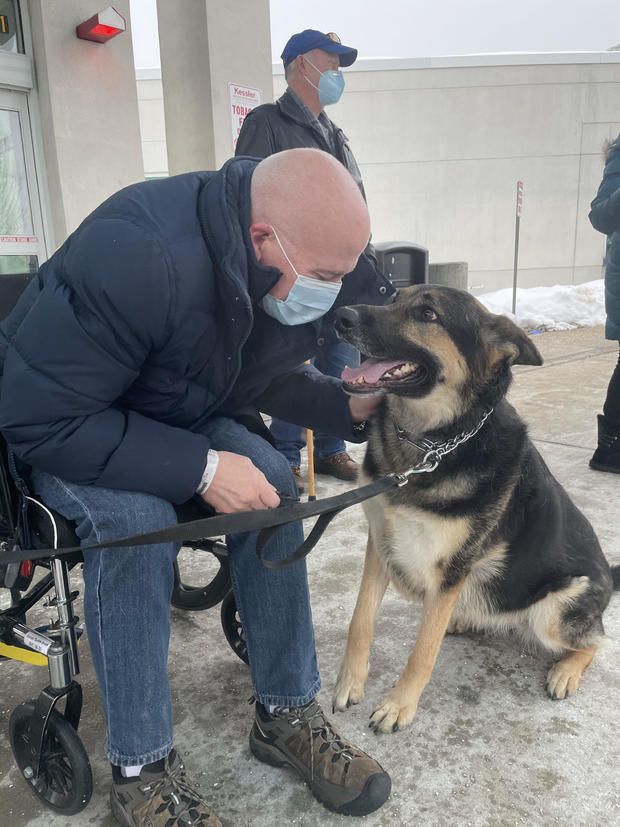 The Ramapo-Bergen Animal Refuge in New Jersey is a shelter of last resort.

"Our purpose is really to take the ones that don't have anywhere else to go. And that was Sadie," said executive director Megan Brinster.

Sadie was nearly 100 pounds and she wasn't great with men, which is why three other shelters turned her away. It's also why Brian Myers adopted her.

"I thought, let me give this dog a chance because she's beautiful and I think I can work through her issues," Myers said.

He thought he was rescuing her. Little did he know he was saving his savior. 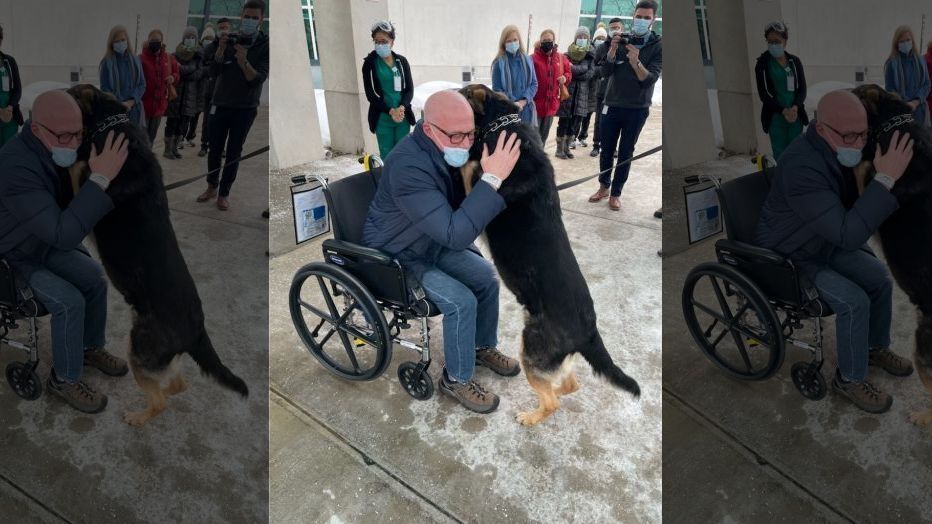 Myers said his dog helped to save his life. "She knew that I was in trouble and was distressed," Myers said. "I took a hold of her collar and she knew to assist me in getting the help I needed and began to pull with all of her strength. With her help I was able to move across the floor to get my phone."

Myers said adopting Sadie was "the best decision I could have made, because she is amazingly loving and my best friend." Myers reportedly adopted Sadie from the Ramapo-Bergen Animal Refuge in October of 2020. 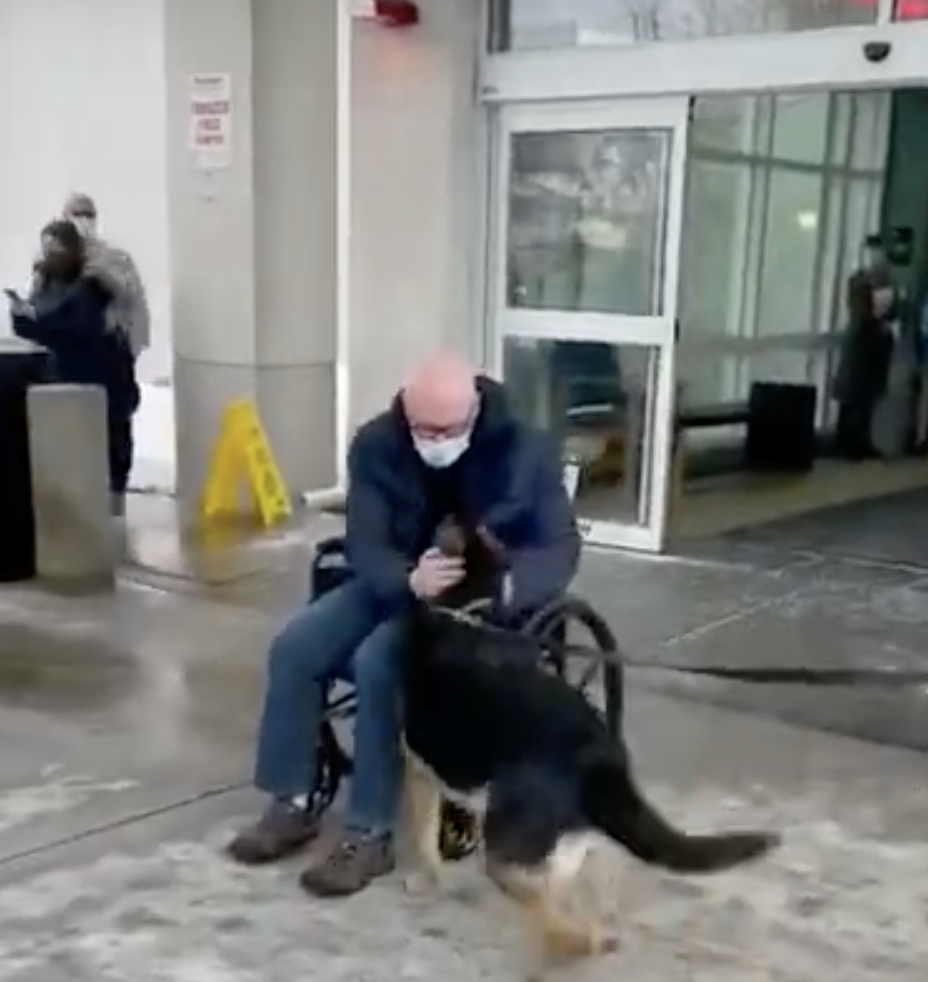 At RBARI, we're committed to keeping our community, staff, and animals safe during this time, and have adapted our adoption process to be by appointment only for approved applicants.